What the RH Bill and Cybercrime Prevention Law have in common


I’ve been called dumb, stupid, closed-minded, etc. It usually happens when I sound to be talking against something that is popular.  Though the fact is I do not speak against something not for the sake of just being against it. I just try to look for balance. Most of the time, I’m really not against it but just figuring out the pros and cons. But for some it’s like either you accept it or you’re a moron. For them, some things are like sweet candy that we can readily eat, enjoy, swallow and forget about anything. For the objective of these things are good and it’s for the benefit of everybody. Including me and you. There are a lot of things created for a righteous goal but not all means are acceptable. This is something difficult for most people to understand. That is until something surprise almost everybody and it includes both sides.


According to some law experts, the Cybercrime Prevention Law includes the online libel. It means that a person can be penalized by fines and jail terms if found to have committed defamation of another person “using the internet and any other similar means which may be devised in the future”. That’s according to Sec. 4 of the said law.  A lot of people are protesting it being deemed as an enemy of freedom of speech. Libel laws in our country criminalize defamation and malicious discredit of another person’s reputation. And defamation does not always mean telling lies. It could also be of speaking the truth but having no good motives.  And most reason given by people who are against it is that this specific part of the Cybercrime law is vague. And that this will be in danger of being abused by some people. And also, being “malicious” and “discrediting” will mostly depend on each people’s perception. And allegedly, this might threaten the Filipinos right to opinion and thus curtailing freedom of expression.

And unknown to some, or probably to many, there was a similar controversial clause found in the RH bill. I heard it was removed. Or maybe not but I’m sure it was there. You can check it on this link.  On Sec. 28(e) of the bill, it was stated there that “any person who maliciously engages in disinformation about the intent or provisions of this Act” will be penalized thru Sec. 29 of the bill. Either fined or a jail term. The “act” pertains to the RH bill.

Like what was mentioned on this other blog post, there are those among us who talk about one thing but do the opposite. Like how most people are currently exerting a lot of energy to fight and to reverse the implementation of cybercrime law especially that specific clause that non-verbally includes “online libel” while many of them totally embraced the RH bill version that included the clause with the similar logic of penalizing people due to “disinformation”. And also those who were angered at the swift passing of the Cybercrime law but raised brows due to the “delay” of voting for the RH bill. The “delay” that makes it possible for our lawmakers to remove clauses and provisions which they may see as unnecessary. Just like the “disinformation” prohibition part and then the others.  And probably to avoid the same thing which is now happening around the Cybercrime Law.

Now a lot of us are crying out loud and blaming anybody we could blame. That is bound to happen if someone looks at personalities rather than the issues. And using emotions rather than logic. We'll contradict even our own selves. But never would we find fault of our own.

For some, it’s still about the RH bill. But no it’s not. It’s much worse. It’s uglier. But unless we stop focusing on personalities, side issues, etc, we’ll continue being sidetracked, divided, weak and less effective. One thing I’m thankful about this Cybercrime Law is that people now realize how hard it is to accept certain freedom being taken away. Now most of us are hurting. Crying like caged birds. Whichever side you are, almost everyone is now angry.  Almost everyone is now up in arms. But then again,where were you when we were fighting for that same freedom when it was threatened by the RH bill?

(sources are found by clicking on the hyperlinks)

Posted by ignored_genius at 2:19 PM 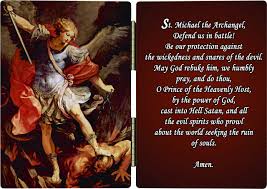